Airbus begins manufacture of the structures of their new Beluga XL 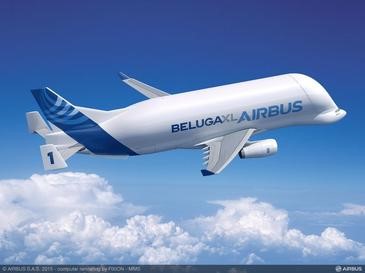 Airbus have now begun development on the new A330-based Beluga XL, with work currently taking place on cutting the fuselage frames. It is also expected that they will commence manufacture of the centre wing-box from early next year.

The Beluga XL is planned to replace the A300-600ST, overtaking it as the core of its airborne production logistics operation, transporting oversized aircraft parts.

Numerous Airbus plants across Europe, including Nantes, Saint Nazaire and Hamburg, have become involved in producing the manufacturing drawings which will be fed into work packages for the new aircraft, with the components being adapted from those developed for its previous A330-200 freighter.

Machining for the initial fuselage frames, which will be located near the leading edge of the wing root, has commenced in Nantes, which will pave the way for production of the centre wing-box in early 2016. Rear fuselage work will also take place in the near future at Spanish supplier Aernnova, with all of the parts being built currently to contribute to the initial non-flying test aircraft.

Final assembly of the aircraft is expected to commence a year later in 2017, with service entry planned for 2019.

First introduced in 1995, the first Beluga model has played an important role in ensuring that aircraft production and assembly networks continue operating at full capacity, derived from the A330 family of aircraft. Further differences between the Beluga and the Beluga XL include a lowered cockpit and a newly-developed cargo bay structure and rear and tail section.

With every new aircraft in development comes the requirement for professionals specialising in maintenance and engineering, which is where ELMS Aviation comes in. ELMS provides an accurate aerospace management tool which will measure and monitor the competence and compliance of aviation professionals, ensuring you have the right people for the job.