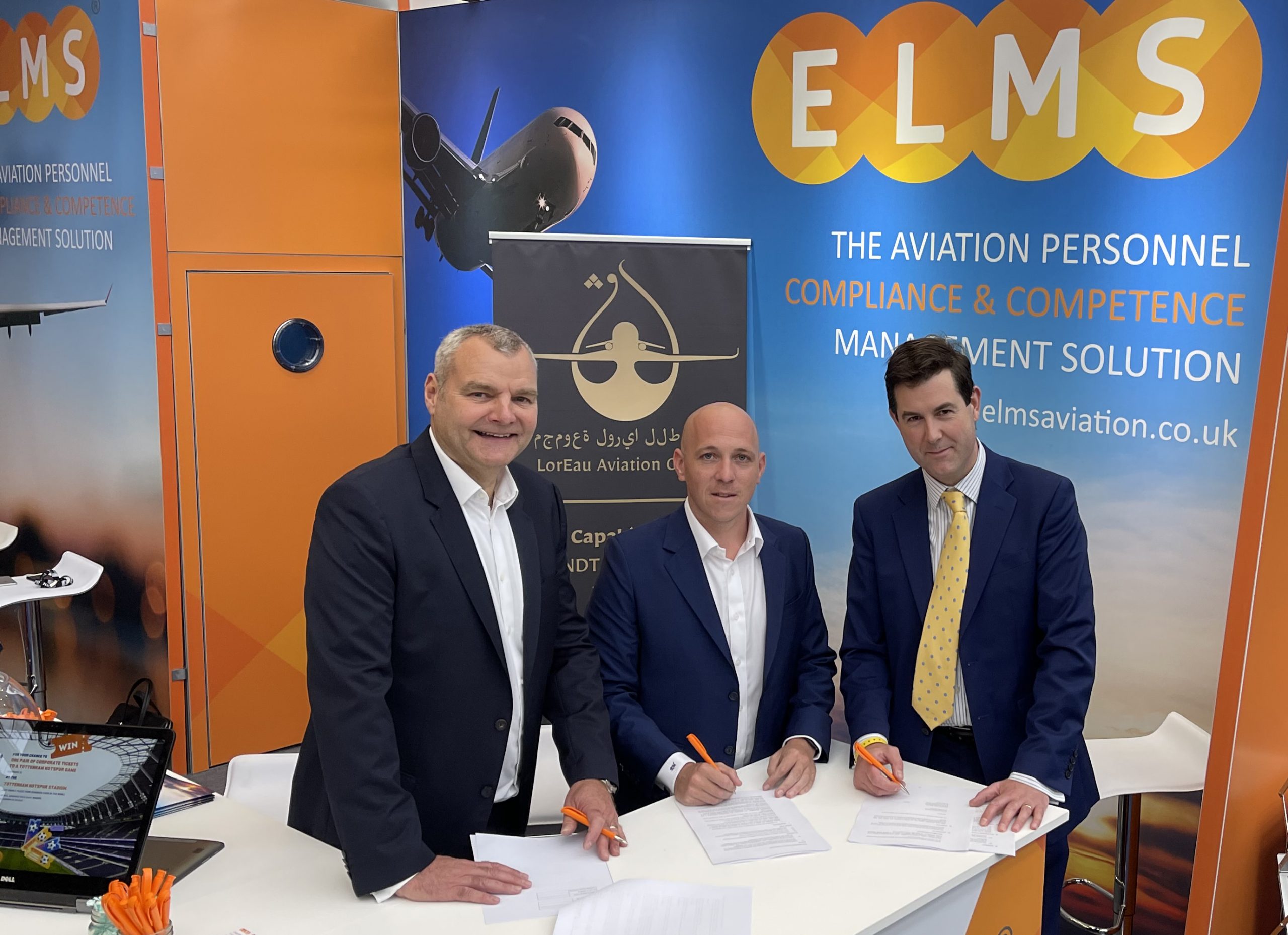 Amsterdam, Netherlands: ELMS Aviation and sister company Complete Aircraft Group are pleased to announce the signing of a wide-ranging MoU with newly established MRO consultancy LorEau Aviation Group, based out of Dubai World Central Airport, UAE, on the opening day of MRO Europe in Amsterdam.  #Stand 4098.

Complete Aircraft Group, ELMS’ sister company based in Exeter, South West, will support the expanding group as its Part 145 in UK and Europe.  Both businesses have committed to support each other in growing the capability and geographical reach with LorEau Aviation Group also taking on a business development role for ELMS, serving as a new conduit in the Middle East.

LorEau Aviation Group, established six months ago by three aviation professionals – Ronnie McCrae; Chris Taylor and Duncan Bureau, each with decades of experience in commercial and business aviation in Europe, Middle East, Asia and North America are focused on forging strategic partnerships ahead of its formal launch at the Dubai Air Show next month.  Since March of this year the business has expanded with further appointments to be announced shortly.

“The partnering with ELMS and Complete Aircraft Group is significant for us as we start building the foundations for growth,” said LorEau Aviation Group President Ronnie McCrae.  “ELMS software is an exceptional tool for now and in the future in an industry where safety and compliance is paramount. ELMS further underlines the value we place on our engineers and technicians who will each benefit from the ease of the system’s ability to work efficiently with ‘live’ safety reporting in future contracts within the GCC, Africa and Asia.  “I have worked with ELMS in previous MRO companies and wanted to make this investment from the outset.  It’s great to be at an industry event again and be able to sign this contract in person.”

x
We use cookies on our website to give you the most relevant experience by remembering your preferences and repeat visits. By clicking “Accept All”, you consent to the use of ALL the cookies. However, you may visit "Cookie Settings" to provide a controlled consent.
Cookie SettingsAccept All
Manage Cookie Consent

This website uses cookies to improve your experience while you navigate through the website. Out of these, the cookies that are categorized as necessary are stored on your browser as they are essential for the working of basic functionalities of the website. We also use third-party cookies that help us analyze and understand how you use this website. These cookies will be stored in your browser only with your consent. You also have the option to opt-out of these cookies. But opting out of some of these cookies may affect your browsing experience.
Necessary Always Enabled
Necessary cookies are absolutely essential for the website to function properly. These cookies ensure basic functionalities and security features of the website, anonymously.
Functional
Functional cookies help to perform certain functionalities like sharing the content of the website on social media platforms, collect feedbacks, and other third-party features.
Performance
Performance cookies are used to understand and analyze the key performance indexes of the website which helps in delivering a better user experience for the visitors.
Analytics
Analytical cookies are used to understand how visitors interact with the website. These cookies help provide information on metrics the number of visitors, bounce rate, traffic source, etc.
Advertisement
Advertisement cookies are used to provide visitors with relevant ads and marketing campaigns. These cookies track visitors across websites and collect information to provide customized ads.
Others
Other uncategorized cookies are those that are being analyzed and have not been classified into a category as yet.
SAVE & ACCEPT