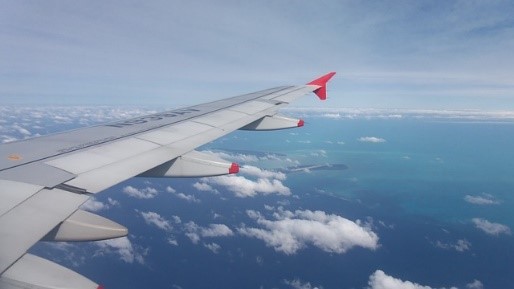 New generation aircraft, aided by advancements in fuel-efficient technology are helping to make ultra-long-haul flights a possibility, meaning passengers will be able to travel from one side of the world to the other without stopping.

Emirates has been the first operator to announce plans to launch a non-stop flight connecting Dubai to Panama City – an 8587-mile-long trip taking 17 hours and 35 minutes – the route will join their schedule as of February 2016. Emirates are unlikely to hold the title for long, with both Boeing and Airbus are working on extended range aircraft, the Airbus A350-900ULR and the Boeing 777-8, which will come into service within the next five years.

Ultra-long-haul flights are not a new proposition. A decade ago we saw many new non-stop routes emerging but due the economic crisis and soaring fuel prices the large long haul jets became too uneconomical for these routes to continue.

According to aviation analyst John Strickland, “the technology is now there to do these ultra-long-haul flights more efficiently”. One example is with the upcoming Boeing, which will feature extra-long wings in order to improve performance, these can then be folded up on landing to accommodate the aircraft on the apron, at the gate and when coming into the hangar for maintenance.

Today, Singapore Airlines is planning to be the launch customer for the new Airbus, with the aircraft’s largely composite structure helping to minimise weight and therefore reducing the amount of fuel needed to be burned. Airbus claim that their aircraft will use 25% less fuel than the rival Boeing aircraft, which is also in development. In comparison to other planes in the A350 family, it will also have enlarged fuel tanks, with a maximum capacity of 165,000 litres, meaning it will have a longer range of 10,357 miles, this is greater than any airliner currently in production.

Alan Epstein, Pratt Whitney’s vice-president for technology says “The engine technology is there. We can now fly just about any place on this earth non-stop.”

The advancement of materials and technologies used in aircraft design will demand a highly skilled aircraft maintenance crew. The maintenance teams that are going to have to look after this new breed of ultra-long haul aircraft will have to be versed in a range of new technologies, new materials and new processes. This will mean the introduction of new training packages and skills assessments if we are to ensure the safety of the passengers and crew on board for the extended time in the air.

The introduction of competence management systems such as ELMS, the Electronic Logbook Management System, will be vitally important when ensuring that maintenance and operation of these aircraft is carried out in a safe, competent and compliant fashion.

ELMS is a cloud-based competency management tool, providing on demand reporting analytics to allow organisations to evaluate and manage competence and deploy staff with the right skill set for the job.